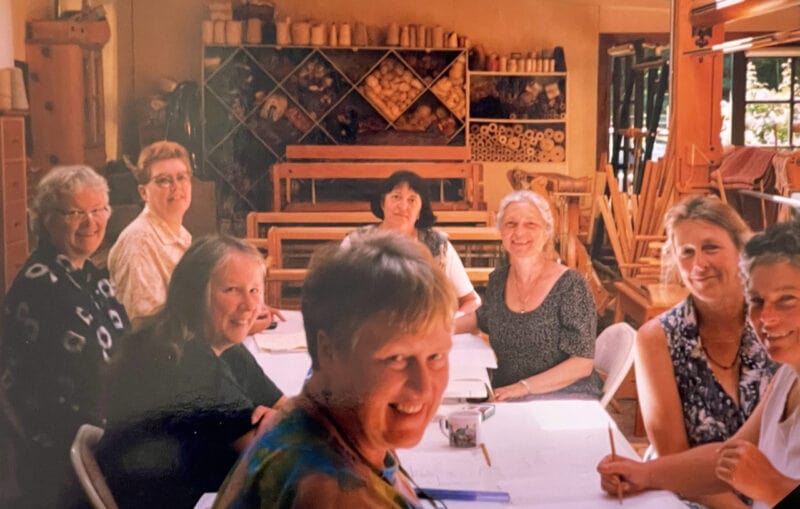 The non-profit status and some equipment was gifted to Lolli Jacobsen by Rose Kelley, member of the Atlier group from Pacific Basin who was teaching a class for Lolli through the College of the Redwoods.

Pacific Textile Arts first board of directors were Lolli Jacobsen, Jackie Wollenberg, Vicki Fraser, Susan Wood, Rob Sep, Robert Brockschmidt, Nancy Denison. we met at each others homes and acted as support for textile programs at the Mendocino Art Center, College of the Redwoods and Mendocino Coast Handweaver's Guild. 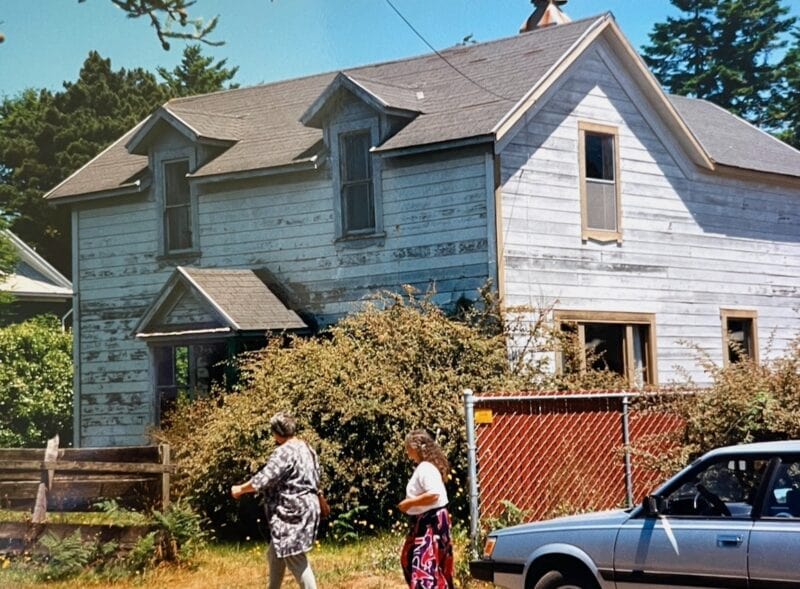 1996
1996
Jackie Wollenberg spear headed the effort to buy the Alger St. house, owned by College of the Redwoods, who had hoped to make it in to student housing for the Krenov Fine Woodworking Program, in spring 1996.

We took ownership in June 1996, but the house was in bad shape. It had been offered to the fire department to burn down. They declined. We needed a new roof, electricity (Dave Gealey and Ron Cutler), flooring (Jackie), water, ivy hedge removal and more. We weren’t able to open to the public until 2005. In the meantime, Jackie hosted classes at her Henhouse Studios. 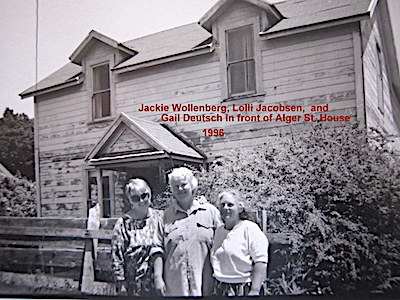 1998
1998
Roberta Brockschmidt and Valerie Frey began renting two of the upstairs bedrooms as private (but open to the public) studios in approximately 1998.

The northern building (now the tapestry studio) was built for storage of the many donations of materials and equipment by Greg Tregoning, 1998 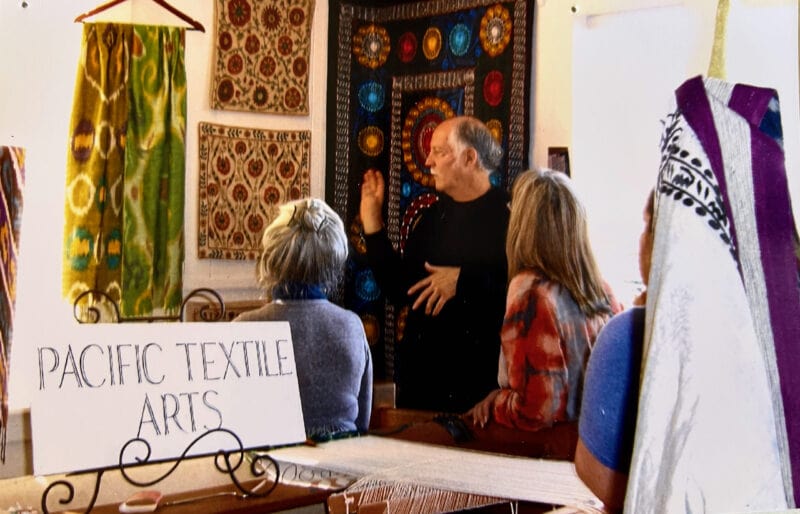 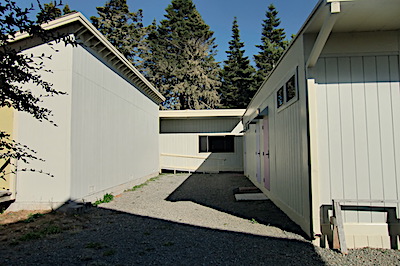 2011-2013
2011-2013
The classroom and library buildings were purchased from the School District in 2011. We paid approximately $1 each but spent $80,000 preparing the space & driveway and moving them in. They needed new roofs, new south walls, flooring, etc., The City required $11,000 worth of ceiling fire sprinklers in the classroom.

On-site classes in the new classroom began in earnest in 2012.

Greg Tregoning built the courtyard was built in 2013 with a starter grant of about $500? from the Mendocino Community Foundation.
Total cost was about $10,000 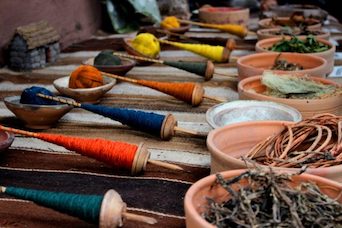 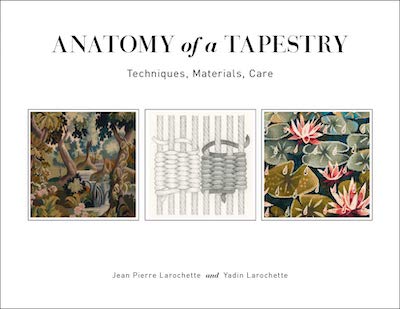 2021-2022
2021-2022
August 2021 we had our first in person Gallery Opening and Program with Jean Pierre and Yadin Larochette and Yael Lurie, celebrating the release of their book “Anatomy
of a Tapestry”.

Shortly after we closed again to in-person activities other than volunteers and board members until January 2022 “Alive and Well” members work gallery show which had no in-person opening.